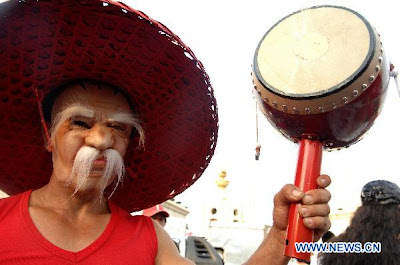 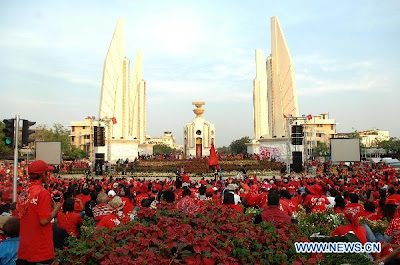 จากสำนักข่าวซินหัว
The red-shirts, also known as the United Front for Democracy against Dictatorship (UDD), lit candles later in the evening in commemorating 91 people killed during their protests from March to May last year, ended by a deadly military crack-down at Ratchaprasong.
There has been no report of any violence at the protest.
http://news.xinhuanet.com/english2010/world/2011-01
/23/c_13703806.htm

จาก BBC ค่ะ มีภาพเล็กๆ ประกอบ
Thai 'red shirts' protest and demand leaders' release
They say red-shirt activists involved in protests have been treated much worse than so-called "yellow-shirt" protesters involved in demonstrations against allies of Thaksin Shinawatra who were then in power.

The UDD also wants the completion of an inquiry into deaths during the protests.